These images were captured at night during the rites of the so-called Underwater Christmas near the small beach of Calata Doria in the Italian town of Portovenere. Small waves regularly heaved up on the sandy shore which, when damp, together with the water formed a reflecting surface for the yellow and green decorative lights on the low walls of the port. As soon as the tide had ebbed and the sand had dried out, the beach lost its reflecting capacity and, with the sea now far-off, once more became a dark, opaque space. The coming and going of the waves created a rhythmical intermittency of colorful reflections on the beach, which lasted as long as the sand was wet. 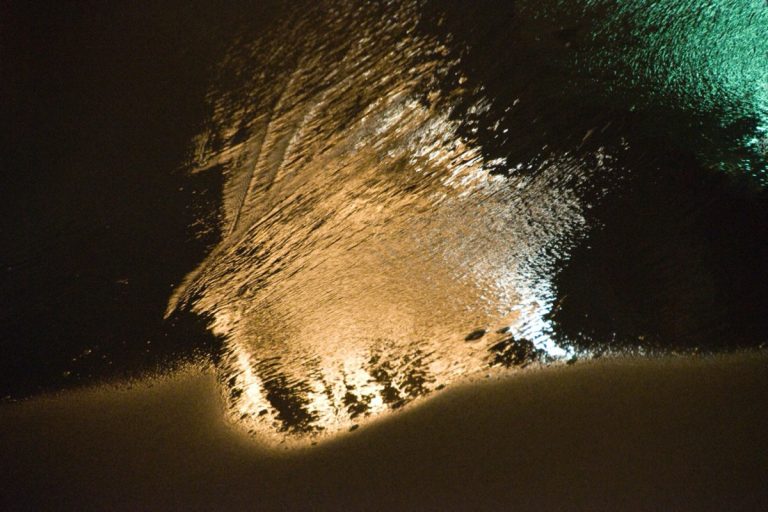 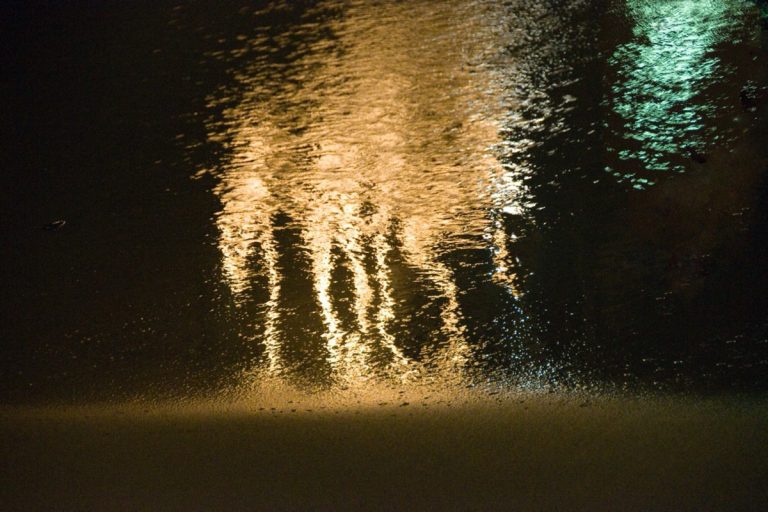 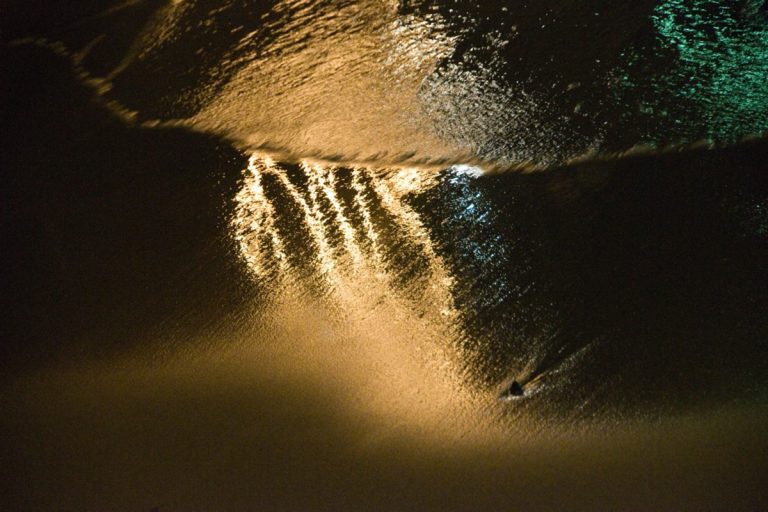 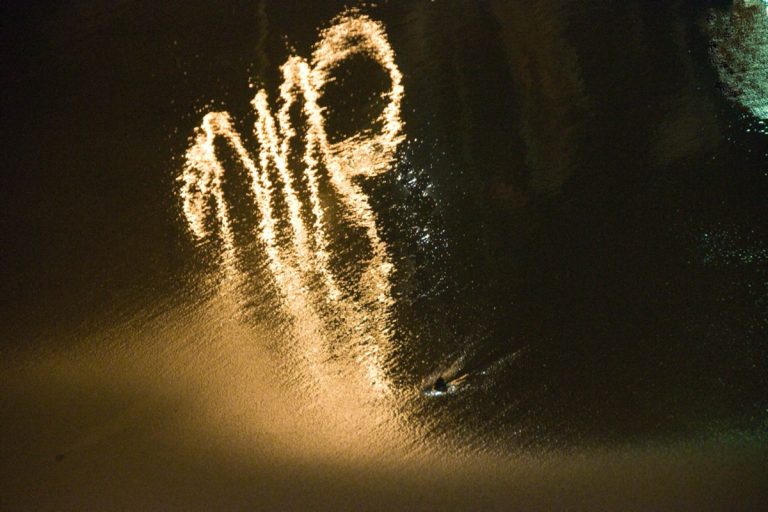 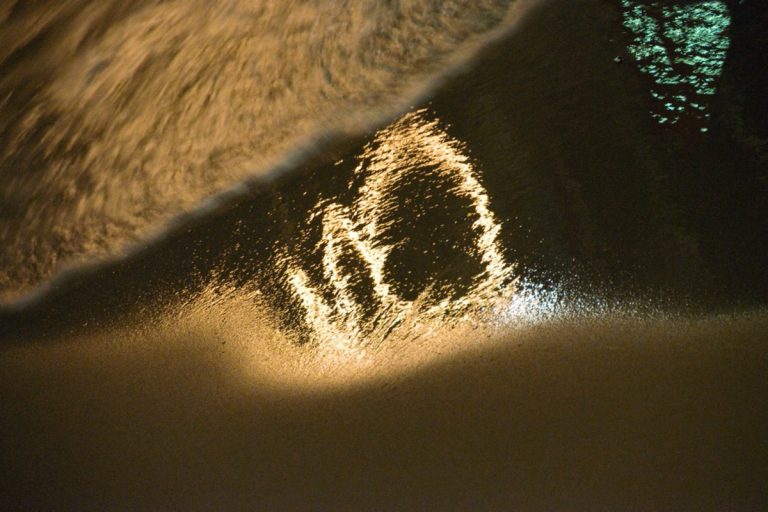 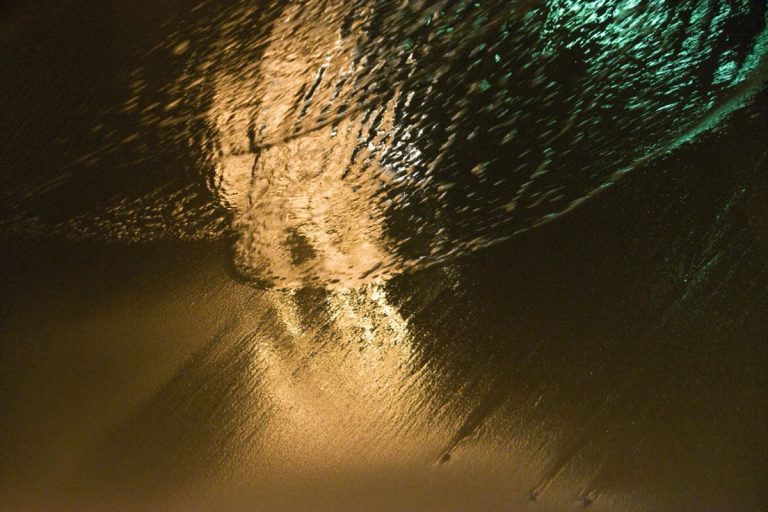 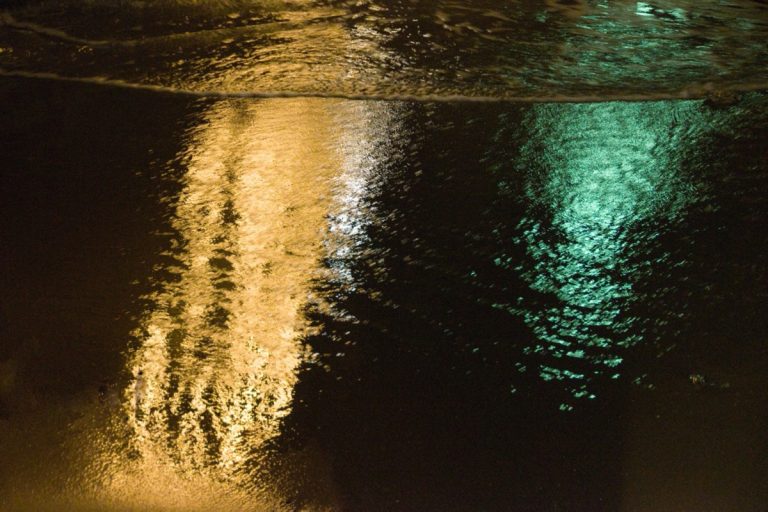 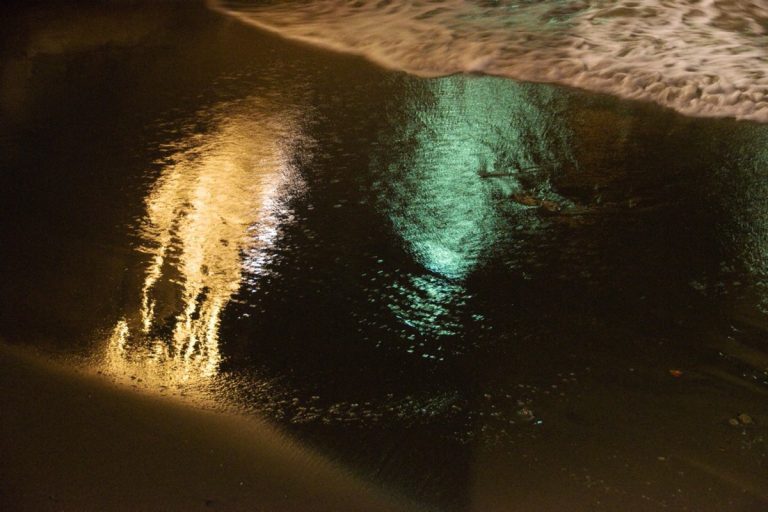 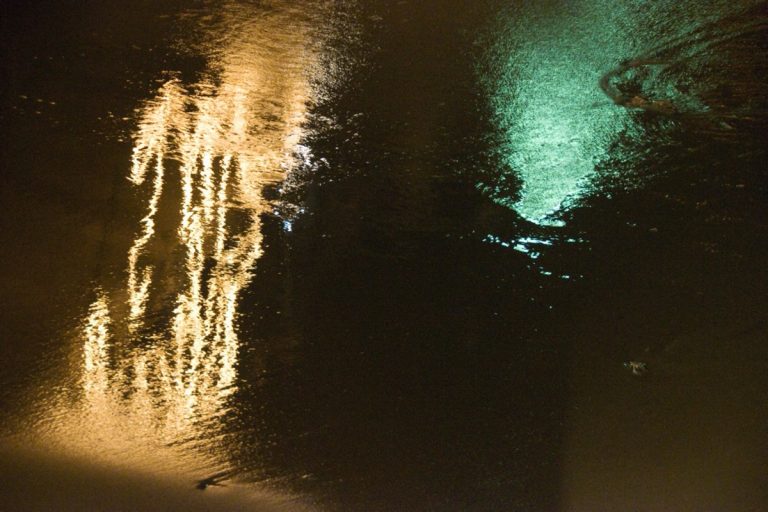 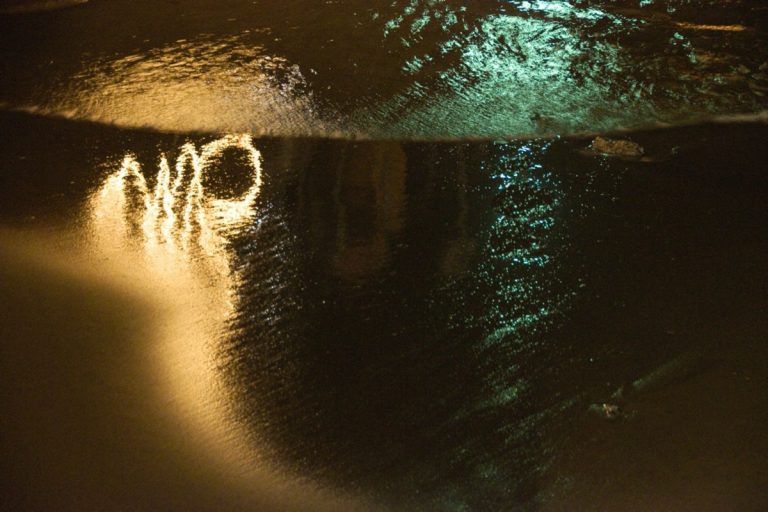 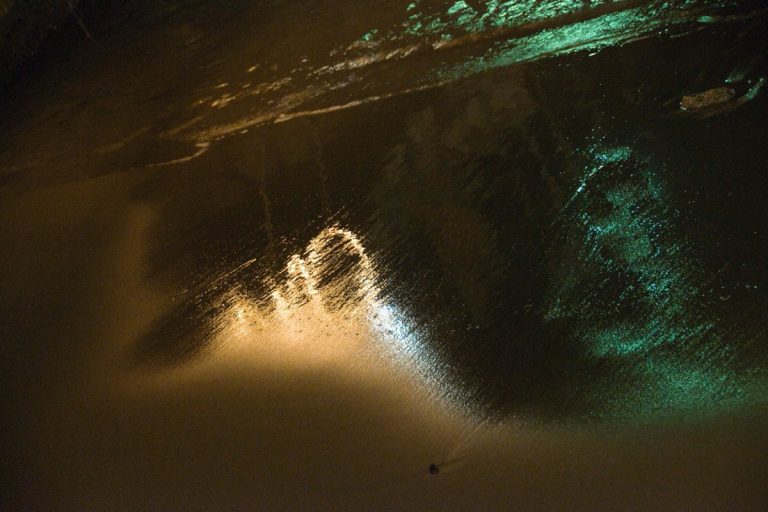 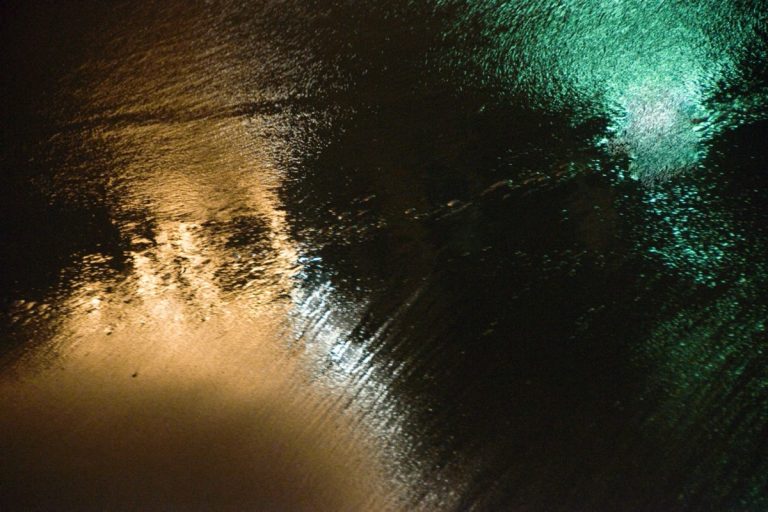 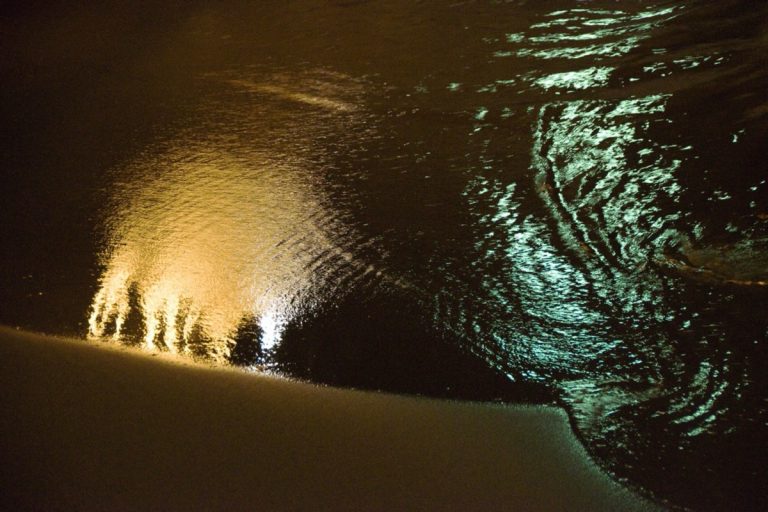 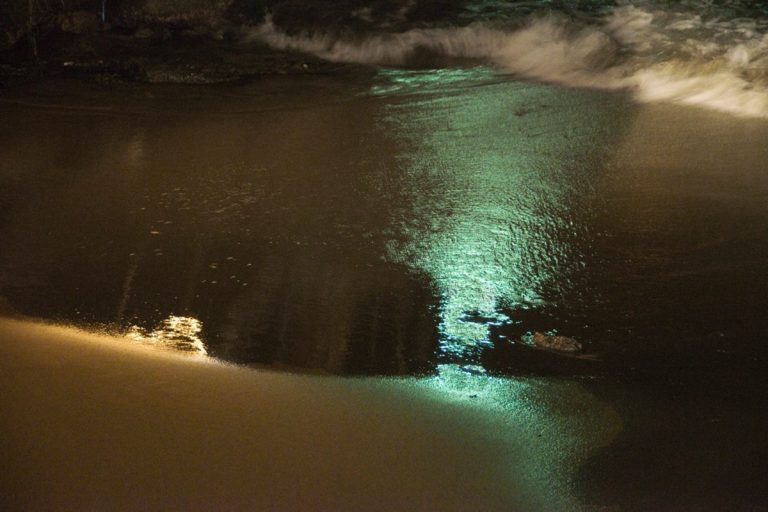 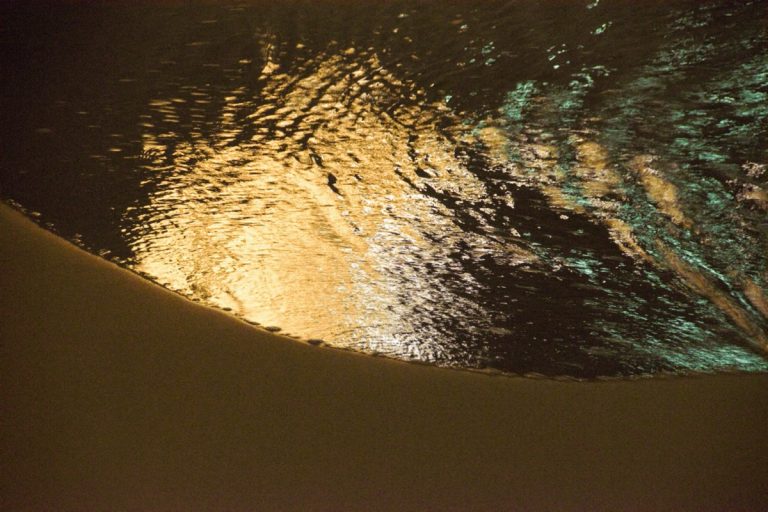 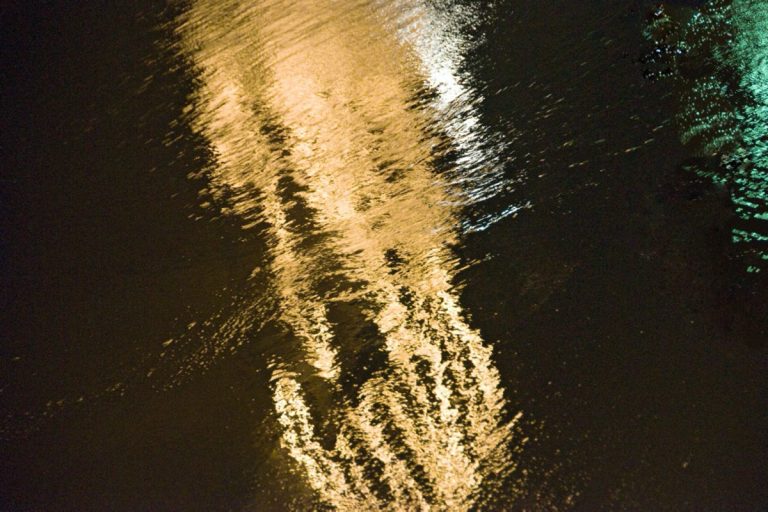